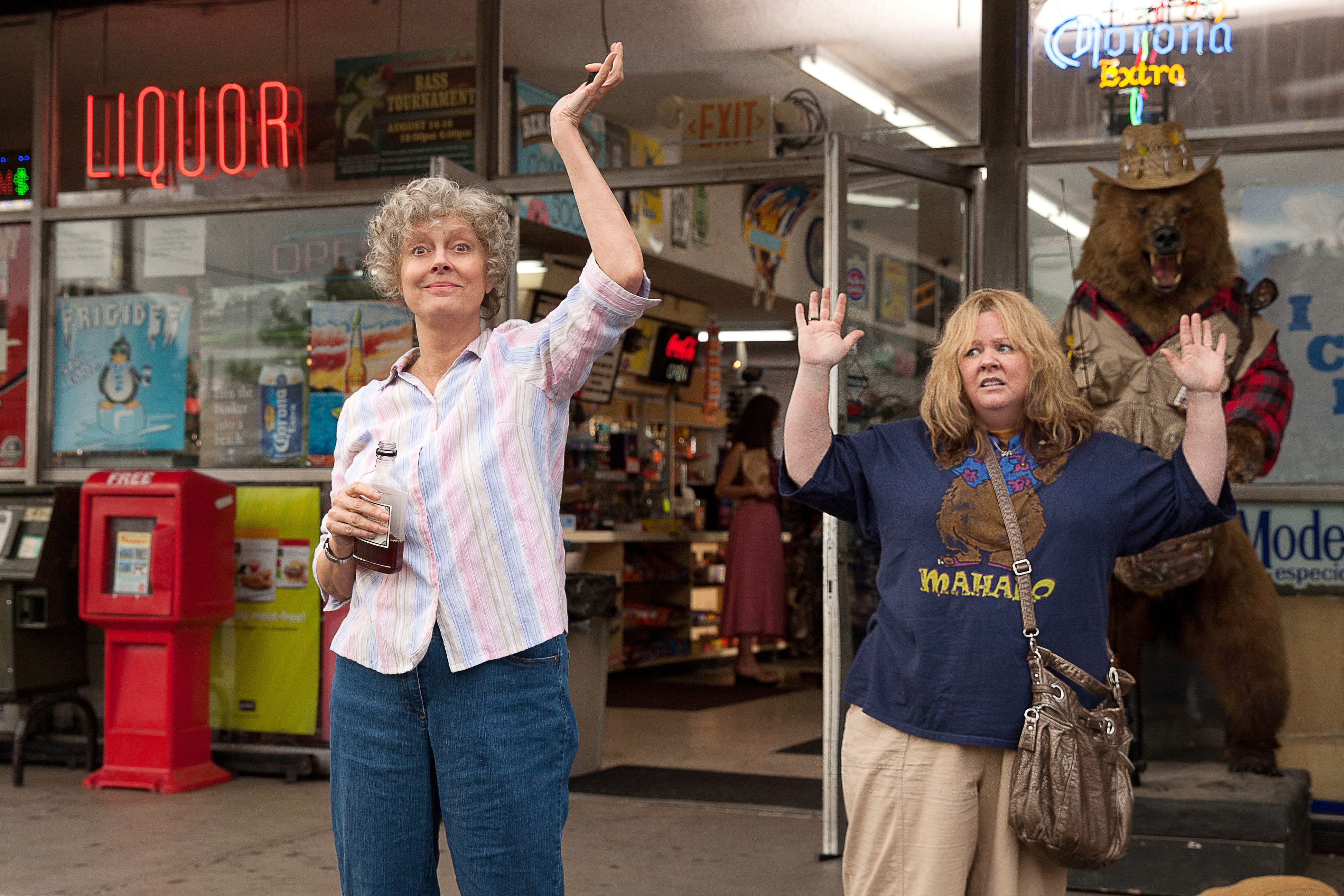 Melissa McCarthy’s TAMMY is a labor of love. She produced the film, stars, and co-wrote with her husband, who directed the film.

Despite terrible reviews, TAMMY opened strong on Wednesday for the July 4th weekend–if the film had connected with viewers, it might have had a shot at #1 for the weekend, but audience response was poor. The film got a C+ cinemascore rating (a poll of audience reactions). While C+ may seem acceptable for a math test, it’s bottom of the barrel territory in terms of studio product.

Overall, the takeaway is that the movie doesn’t work. But McCarthy is still a moviestar. Audiences want to buy tickets to see her doing her specific brand of humor.

What went wrong with the project? A few quick thoughts:

Melissa McCarthy is not only an accomplished actress, she is a trained improv comedian. Improv comedy is a skill that requires a great deal of training and practice. The film’s best scenes revolve around McCarthy interacting with other experienced improv talent, such as Mark Duplass (who plays her love interest) and Sarah Baker (who plays an employee at a fast food joint that Tammy robs). But for most of the movie, we see McCarthy interacting with cinematic supertalents such as Susan Sarandon and Kathy Bates, who are wonderful but not necessarily skilled improv comedians. Their work is amusing without being very funny.

Think of BRIDESMAIDS. The cast was filled with improv superstars–Kristin Wiig and Maya Rudolph each spent a decade on SNL, Wendy McLendon-Covey spent five seasons on the entirely improved RENO 911, Ellie Kemper was on THE OFFICE. And Rose Byrne (who plays the film’s antagonist) might be a great dramatic actress who spent five seasons going toe-to-toe with Glenn Close on DAMAGES but now she’s working in comedies like NEIGHBORS because she can go with the flow up against talent like Kristin Wiig and Seth Rogen. She was a great villain in Bridesmaids because she has both acting AND improv chops. I’m not sure the same can be said of Susan Sarandon, who will have to settle for just being one of the most accomplished actresses ever in Hollywood cinema.

Melissa McCarthy’s audience is women. They want to identify with her and see themselves represented on screen in a way that is flattering, perhaps even glamourous. McCarthy’s Molly character on TV is a perfect example of this–she looks GREAT in terms of what she wears and how she presents herself. She is an aspirational figure with a relatable figure–she has a great job, a loving husband/marriage, a nice house, and a great heart. She struggles with weight but that just makes her more identifiable. Her movie persona is different, we’ll get to that in a minute.

The film features Susan Sarandon, whose acting career has continued its impressive run due to her unnatural capacity to hang on to her beauty while pushing 70. She was playing “hot” into her late 50’s. Here, she’s in “grandma drag” wearing frumpy clothing. Women look up to Sarandon. They wish they could be Sarandon–in addition to effortless beauty, she plays characters who are tough, relentlessly loyal, and wildly intelligent. None of those character elements are on display here. She plays an angry drunk in Wal-Mart reject clothing.

McCarthy’s screen persona, in contrast to her sitcom personality, challenges this glamour assumption because part of her shtick is a level of uncouth behavior. Her character in THE HEAT was sloppy–but she was also a GREAT cop and a total badass. Her character had VALUE. And she was essentially the second banana to Sandra Bullock, who did deliver glamour, so we’re dealing in comedic contrasts.

In TAMMY, most of the cast and settings look like rejects from PEOPLEOFWALLMART.COM. On purpose. The first time we see Tammy, she’s getting into a car accident, has blood smeared on her face and soot covering her fast food uniform. She’ll get a makeover later in the film, but it’s too little, too late. The surburban housewives of McCarthy’s generation identify with her on MIKE & MOLLY–they watch her and say “That’s me!” Nobody would want to say that about TAMMY.

Allow me to suggest the reason the infamous BRIDEMAIDS food poisoning scene worked for female audiences (who tend to shy away from gross out humor) is because it is set in the most proper of places–An upscale dress shop with white carpet that is so exclusive, you have to have an appointment and be buzzed in. Here, there’s no juxtaposition at play. There are no upscale dress shops or hundred thousand dollar weddings in TAMMY. Instead, we get fast food joints, motel rooms, jail cells, and a honky-tonk bar.

3. THE CHARACTER HAS NO SPECIAL SKILLS

McCarthy’s HEAT cop was great at her profession. Tammy is an idiot with little self-awareness. She has no idea who Mark Twain is and confuses Neil Armstrong with Lance Armstrong. She works in a fast food joint (which she is fired from) and after finding out her husband is cheating, Tammy leaves the marital home with sixty bucks in her pocket. She’s a loser (as her grandmother later suggests in a drunken rant).

The movie understands it must turn Tammy’s world upside down. The problem is that she has no special skills before the catalyst and doesn’t pick up any new ones while on her journey.  In most comedies, the hero is thrown into a new environment where their skills don’t matter–and they must now master a totally new set of skills to survive. As we see in movies like LEGALLY BLONDE or MY COUSIN VINNY, those skills come in handy later. By the end, the hero is a master of TWO worlds. Here, Tammy is just trying to get by and by the end, is a better person with more self awareness. It’s not enough.

4. THIS MOVIE HAS NO ENGINE BECAUSE TAMMY HAS NO GOAL.

TAMMY doesn’t have a goal. Try to name a road trip movie where the heroes lack a specific goal. They don’t exist. Whether it’s a comedy like PLANES TRAINS & AUTOMOBILES (the heroes want to get back to their families for Thanksgiving) or THELMA & LOUISE (they refuse to turn themselves over to authorities after killing a rapist during an assault), these characters have a motivation to get from point A to point B…Or to at least keep moving. Even DUE DATE has a goal in the title–Robert Downey’s wife is about to give birth.

Here, Tammy has a strong setup as we watch her world collapse. In the opening scene, she hits a deer with her car, is late for work and gets fired, comes home early to find her husband cheating with a mistress he’s chosen over her. Then what? She walks to her mom’s house and states a desire to get out of town. Understandable. She doesn’t have a car or any money, but her grandmother, played by Susan Sarandon, has both and agrees to fund a road trip if she can come along.

A lot of nothing follows, other than the suggestion that they are on their way to see Niagra Falls. We learn why it’s important for Sarandon to see Niagra Falls through a conversation about her character’s backstory. But Tammy isn’t invested in making this dream come true–at the time, she doesn’t even like her grandmother.

There’s simply no engine that pushes Tammy and her grandmother from situation to situation. They aren’t in relentless pursuit of anything. If you tell an audience the hero is trying to achieve something and show them trying to achieve it, you have instantaneous tension. This tension can build into humor as well. Unfortunately, this film lacks this element all together. 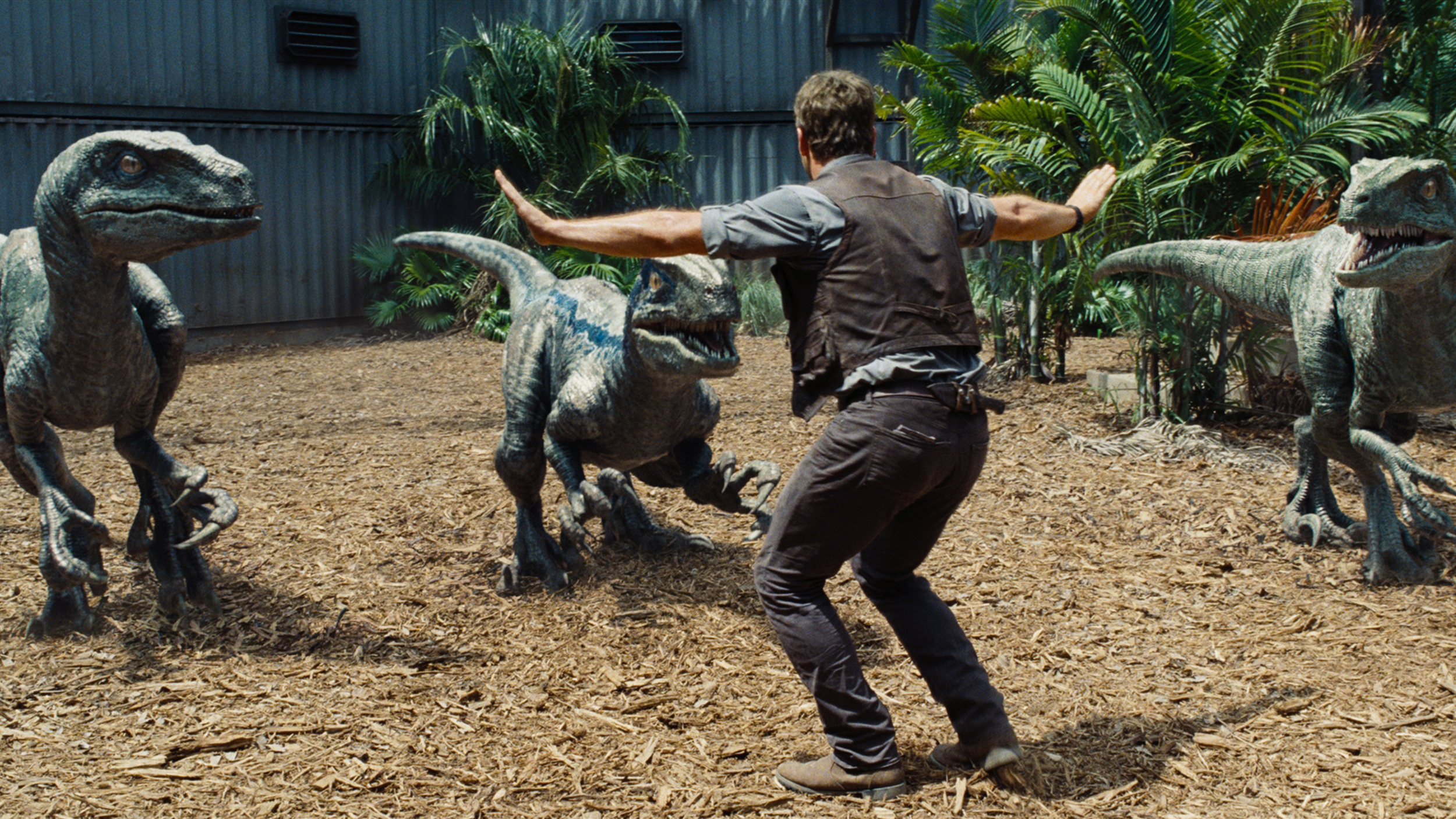 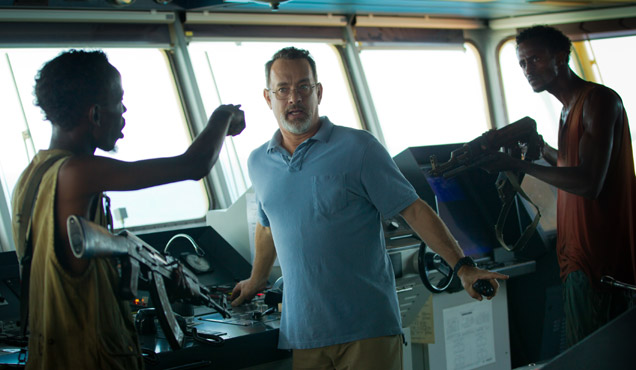 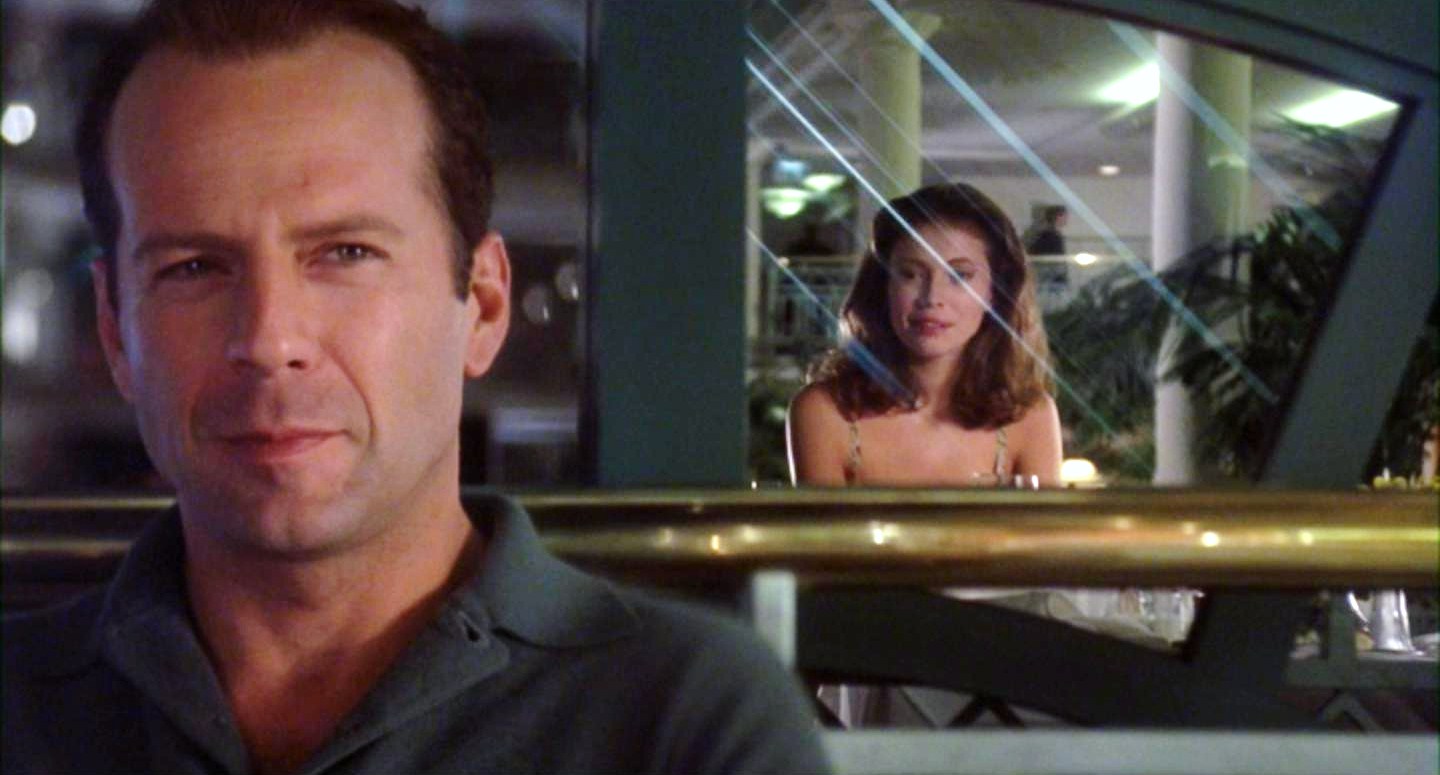 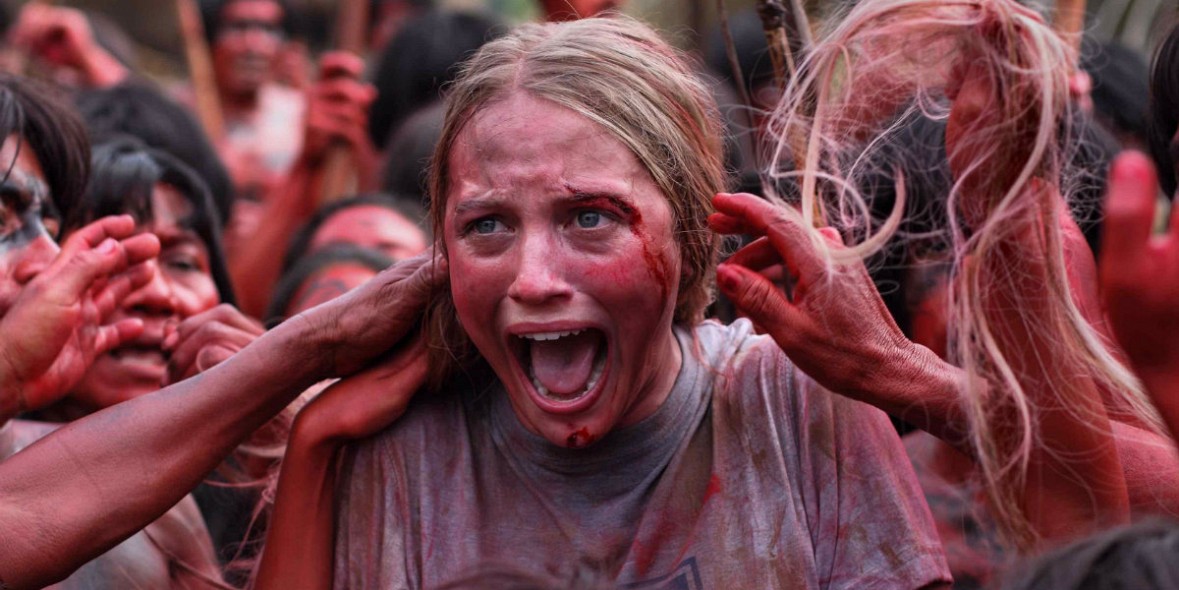